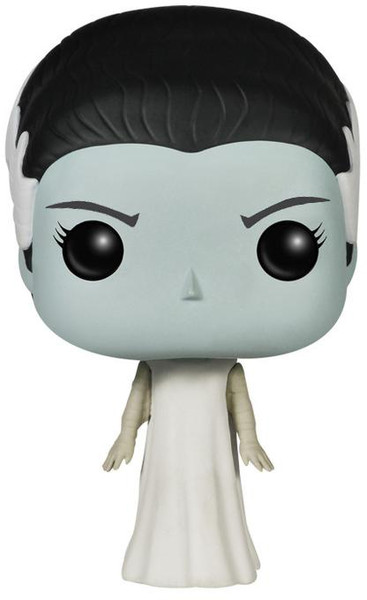 This Bride of Frankenstein figure is released by Funko in their POP! x Universal Monsters vinyl figure series.

The Funko POP! x Universal Monsters series features characters from a series of distinctive horror, suspense and sci-fi films made by Universal Studios from the 20s to 60s, such as: Hunchback of Notre Dame, Phantom of the Opera, Dracula, Frankenstein, etc.

(NOTE: Funko POP! Figures typically show minor paint variations, or slight imperfection on the box from the manufacturer. Funko does not consider these as defects and as such, they may not be returned due to flaws in the paint or its box. If you want to check the condition of the figure and its box, you can use the contact form to contact us BEFORE you place the order. We can provide you the pictures of the exact figure we will ship to you.)