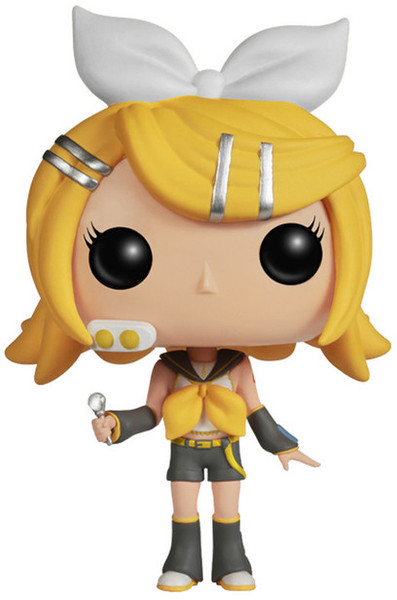 This Kagamine Rin figure is released by Funko in their POP! x Vocaloids vinyl figure series.

The POP! Rocks series features the most popular rock star in the music history, such as Beatles, Elvis, Run, DMC, etc.