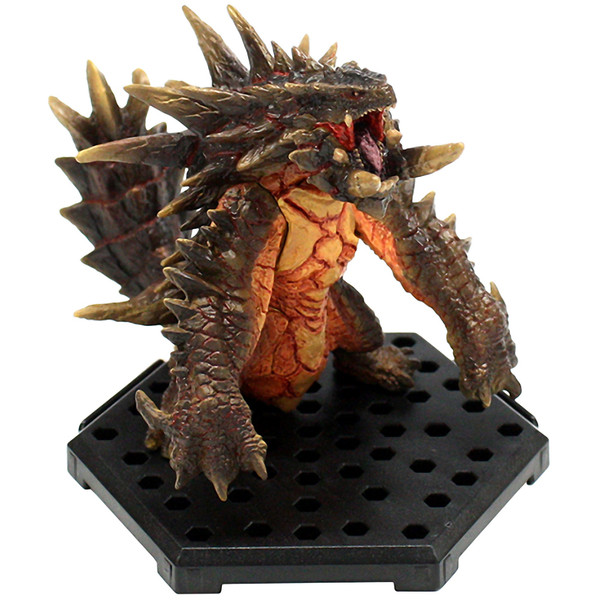 Capcom Figure Builder is a series of collectible figures based on Capcom's various media franchises, such as Monster Hunters, Resident Evil, Sengoku Basara, etc. The sizes of the figures in the series vary greatly, ranging from small scale micro-size figures from the Light Model line (~30 to ~40mm) to the deluxe-size Creator's Model line (~180mm or up). Some of the releases are blind box figures that the buyers would not know which character is inside the box.

Silver Rathalos (リオレウス希少種) are Flying Wyverns and a Rare Species of the Rathalos introduced in Monster Hunter G. This rare subspecies features a shining silver carapace with black markings along the spine. He is slightly larger than the average Rathalos.