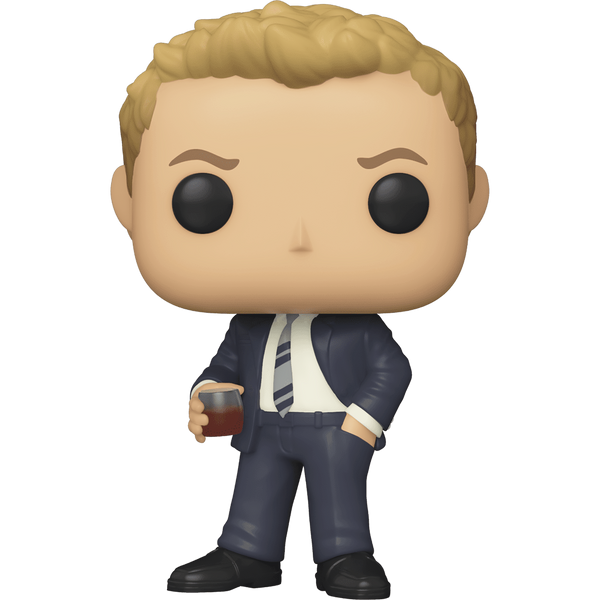 This Barney Stinson vinyl figure is released by Funko in their POP! TV x How I Met Your Mother vinyl figure series.

This series features characters from the TV sitcom series that follows the main character, Ted Mosby, and his group of friends in New York City's Manhattan. As a framing device, Ted, in the year 2030, recounts to his son, Luke, and daughter, Penny, the events from 2005 to 2013 that led him to meet their mother.