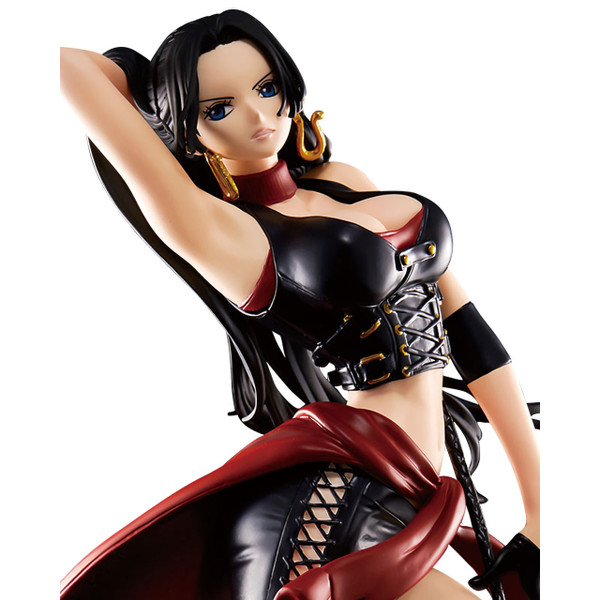 This Boa Hancock figure is released by Banpresto in their Flag Diamond Ship x One Piece statue figurine series.

Boa Hancock appears in this new installment of Flag Diamond Ship! This 9.8" figure expresses the charm of a strong and beautiful female character in three dimensions! Boa Hancock is presented in a leather bondage style outfit.

In the story, "Pirate Empress" Boa Hancock is the captain of the Kuja Pirates and the only female member of the Shichibukai. She is the current empress, known as the the "Snake Princess", of Amazon Lily and rules over the Kuja tribe with her two younger Gorgon sisters, Boa Sandersonia and Boa Marigold. She is the main antagonist of the Amazon Lily Arc. Boa was first mentioned by the Risky Brothers at the end of the Thriller Bark Arc when comparing her legendary beauty to the beauty of mermaids. She is considered by many to be the most beautiful woman in the world.