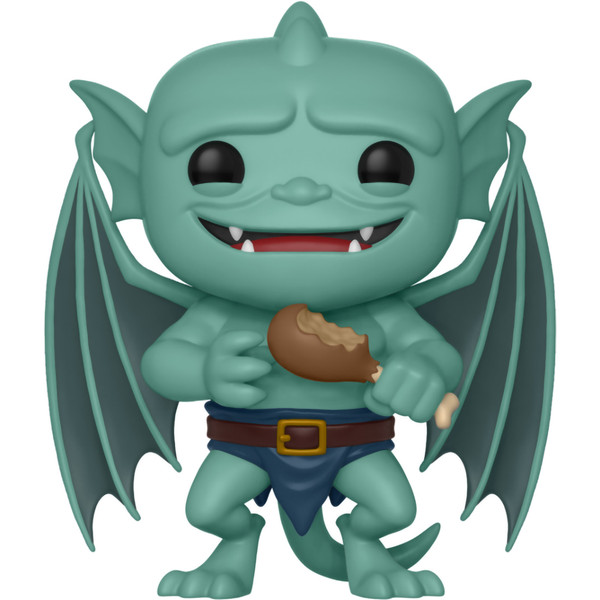 The POP! Disney x Gargoyles series features characters from the Disney animated series that follows a species of nocturnal creatures known as gargoyles that turn to stone during the day. After spending a thousand years in an enchantedly petrified state, the gargoyles (who have been transported from medieval Scotland) are reawakened in modern-day New York City, and take on roles as the city's secret night-time protectors.