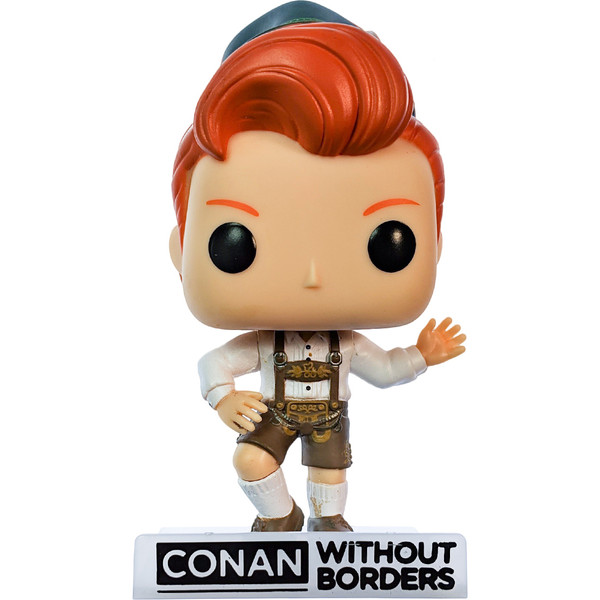 This Conan O'Brien vinyl figure is released by Funko in their POP! x Conan Without Borders vinyl figure series.

Conan Christopher O'Brien (born April 18, 1963) is an American television host, comedian, writer, and producer. He is best known for hosting several late-night talk shows; since 2010, he has hosted Conan on the cable channel TBS. O'Brien was born in Brookline, Massachusetts, and was raised in an Irish Catholic family. He served as president of The Harvard Lampoon while attending Harvard University, and was a writer for the sketch comedy series Not Necessarily the News.