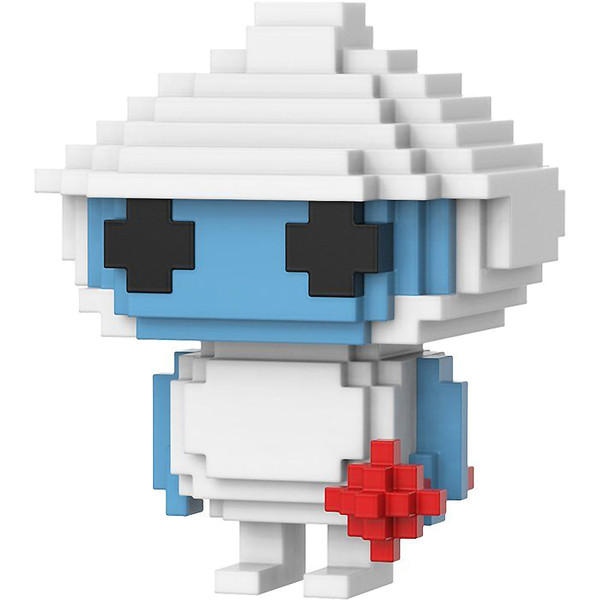 This Dig Gug vinyl figure is released by Funko in their POP! Sesame Street x Masters of the Universe vinyl figure series.

The POP! 8-bit x Dig Gug series features characters from an arcade game developed and published by Namco in Japan in 1982. The objective of Dig Dug is to eliminate underground-dwelling monsters by inflating them with an air pump until they explode, or by dropping rocks on them. There are two kinds of enemies in the game: "Pookas" (a race of cute round red monsters, said to be modeled after tomatoes, that wear yellow goggles) and "Fygars" (a race of green dragons that can breathe fire while their wings flash).