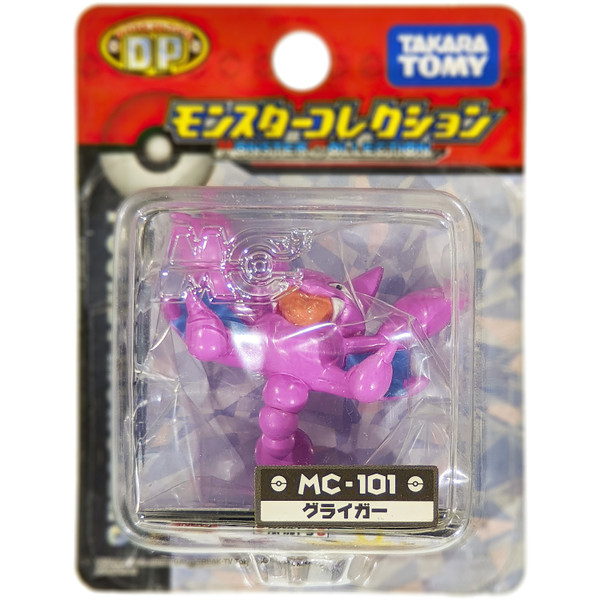 Gligar (Japanese: グライガー) is a purple, bat-like Pokémon. Its head and body are round and roughly equal in size. It has long, triangular ears and triangular eyes with small pupils. Two large pointed teeth protrude from its upper jaw, and a pink tongue is often seen lolling from its mouth. Its arms are segmented at the wrists and end in large pincers. Spread between its arms are two blue wing membranes, each tipped with a purple claw. Its legs are thin and likewise segmented at the ankles, with its round feet having one claw each. Gligar has a long tail split into spherical sections, ending in a large, round stinger. The female Gligar will have a smaller stinger than the male.