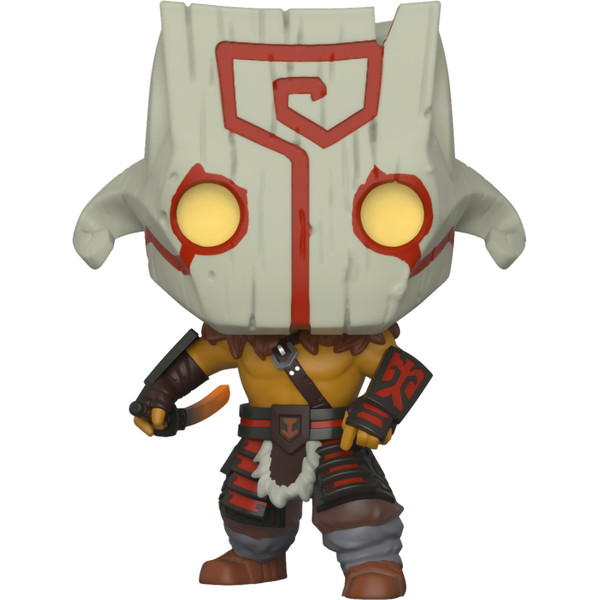 The POP! Games x Dota 2 features characters from the multiplayer online battle arena video game franchise that is the stand-alone sequel to Defense of the Ancients (DotA). Dota 2 is played in matches between two teams of five players, with each team occupying and defending their own separate base on the map. Each of the ten players independently controls a powerful character, known as a "hero", who all have unique abilities and differing styles of play. During a matche, players collect experience points and items for their heroes to successfully battle the opposing team's heroes in player versus player combat. A team wins by being the first to destroy a large structure located in the opposing team's base, called the "Ancient".