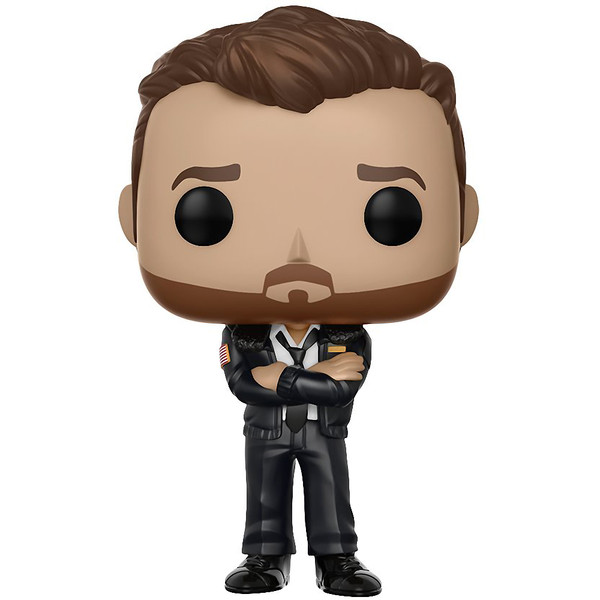 This Kevin Garvey vinyl figure is released by Funko in their POP! Sesame Street x Masters of the Universe vinyl figure series.

The POP! TV x The Leftovers series features characters from the TV series that starts three years after a global event called the "Sudden Departure", the inexplicable, simultaneous disappearance of 140 million people, 2% of the world's population, on October 14, 2011. Following that event, mainstream religions declined, and a number of cults emerged, most notably the Guilty Remnant.