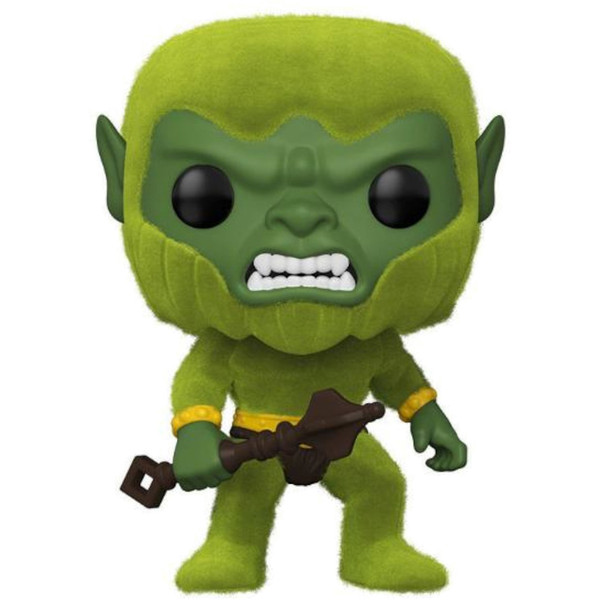 This Moss Man figure is released by Funko in their POP! Sesame Street x Masters of the Universe Specialty Series Vinyl Figure series.

The POP! Sesame Street x Masters of the Universe features characters from the media franchise that revolves around the conflict between the heroic He-Man, real name Prince Adam, and the evil Skeletor on the planet Eternia, with a vast line-up of supporting characters in a hybrid setting of medieval sword and sorcery and sci-fi technology.