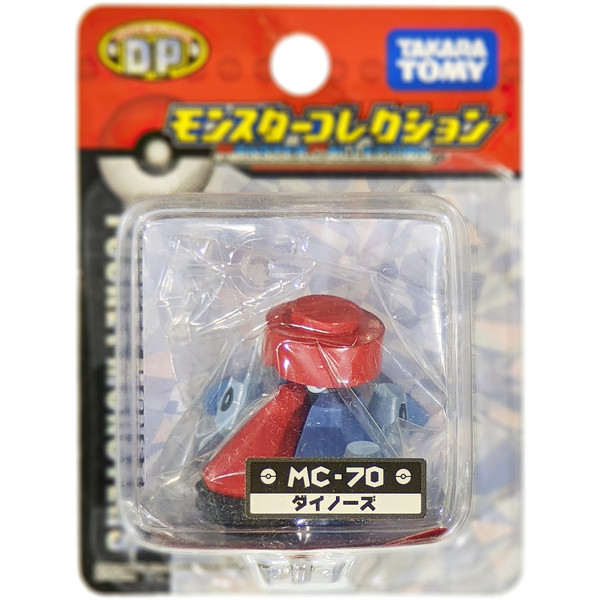 Probopass (Japanese: ダイノーズ) is a mostly blue, rock Pokémon. It has small round eyes, a red nose that is large in proportion to its body, and a bushy black mustache that appears to consist of iron filings. These iron filings appear to be attracted by its magnetic nose. It has three small objects on its sides and back, called Mini-Noses (Japanese: チビノーズ Mini-Nose), which it is able to control. It has a big red hat-like magnet on top of its head, and has strong magnetism from all over its body.