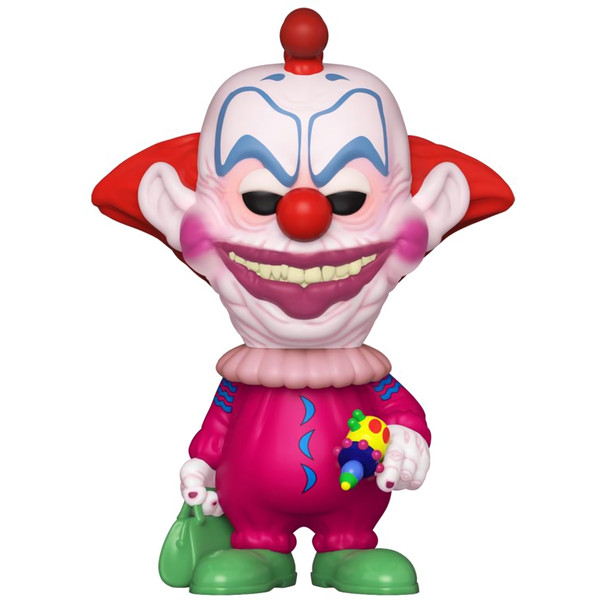 The POP! Movies x Killer Klowns from Outer Space series features characters from the sci-fi horror comedy film that is about a clan of evil aliens from an unknown region, who all resemble circus clowns. They arrive on Earth and invade a small town in order to capture, kill, and harvest the human inhabitants to use as sustenance.