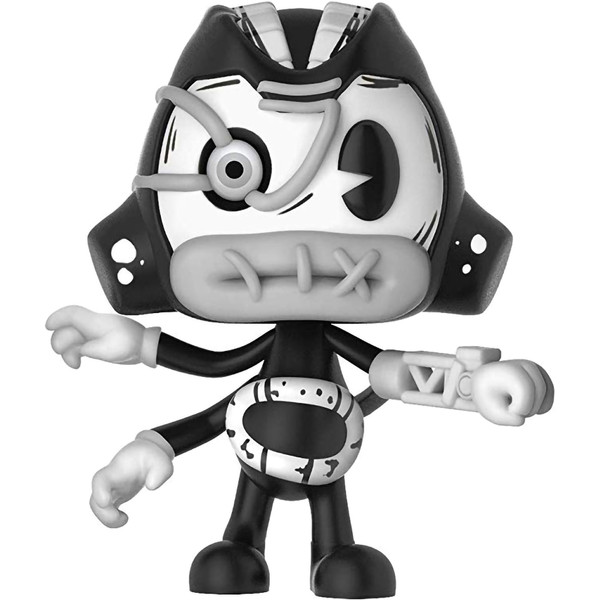 This Striker figure is released by Funko in their POP! Games x Bendy and the Ink Machine figure series.

The POP! Games x Bendy and the Ink Machine features characters fromthe puzzle-action-horror game franchise that focuses on Henry, a retired cartoonist, who returns to the old studio he worked at upon an invitation from his old colleague, studio owner Joey Drew, and discovering numerous secrets about the abandoned studio, while being hunted down by Bendy, an ink monster that resembles the company's most popular character.