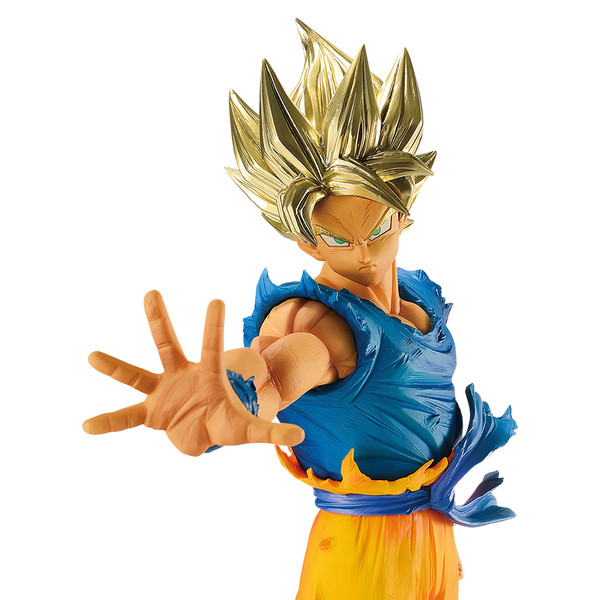 This Son Goku figure is released by Banpresto in their Blood of Saiyans x DragonBall statue figurine series.

Super Saiyan (超スーパーサイヤ人じん Sūpā Saiya-jin) is an advanced transformation assumed by members and hybrids of the Saiyan race with sufficient amounts of S-Cells in the Dragon Ball franchise, though there have also been occurrences of other races or individuals taking on their own versions of the form. Earthlings (of Saiyan heritage) in Dragon Ball Online can also assume the transformation by wishing to have their dormant Saiyan powers unlocked.

Goku (孫悟空), born Kakarot (カカロット), is a male Saiyan and the main protagonist of the Dragon Ball series. Goku is a Saiyan originally sent to Earth as an infant with the mission to destroy its people. However, an accident alters his memory, allowing him to grow up to become Earth's greatest defender and the informal leader of the Dragon Team. He constantly strives and trains to be the greatest warrior possible, which has kept the Earth and the universe safe from destruction many times.