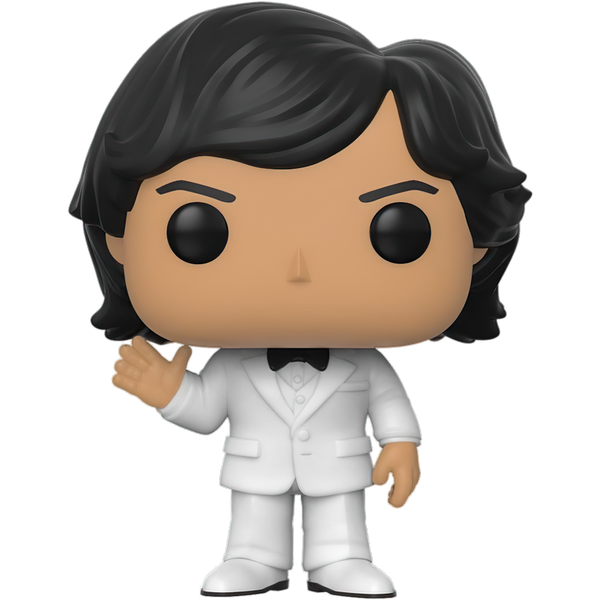 The POP! TV x Fantasy Island series features characters from the fantasy TV drama series that sets at a luxurious but remote tropical island resort, where the enigmatic Mr. Roarke somehow makes the secret dreams of his well-heeled guests come true, although twists of fate occasionally turn those dreams into nightmares. He is assisted by Tattoo, a little person who could be trusted to sing out, "Da plane! Da plane!" as each group of guests arrived. In the final season of the series, Roarke is joined by Lawrence, a dapper Englishman. As a sort of anthology series, the show featured new guest stars each week, and many big names of the era made a trip onto "Fantasy Island."