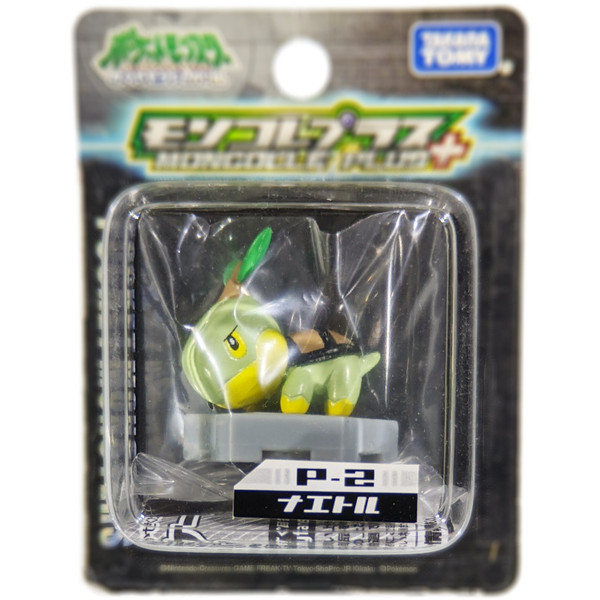 Turtwig (Japanese: ナエトル) is a small, light green, quadruped Pokémon resembling a turtle or tortoise. Its eyes, feet, and lower jaw are yellow. Its body is covered by a brown shell that is composed of earth. The shell has a thick black stripe and a black rim. On a very healthy Turtwig, the shell should feel moist. A small seedling grows on a brown patch on its head. This seedling will wilt if the Pokémon becomes thirsty. As a plant-based Pokémon, Turtwig usually nourishes itself through photosynthesis. It also drinks water, which hardens its soil-based shell. Due to its status as a starter Pokémon, a wild Turtwig is hard to come by and it is generally found under the ownership of Trainers.