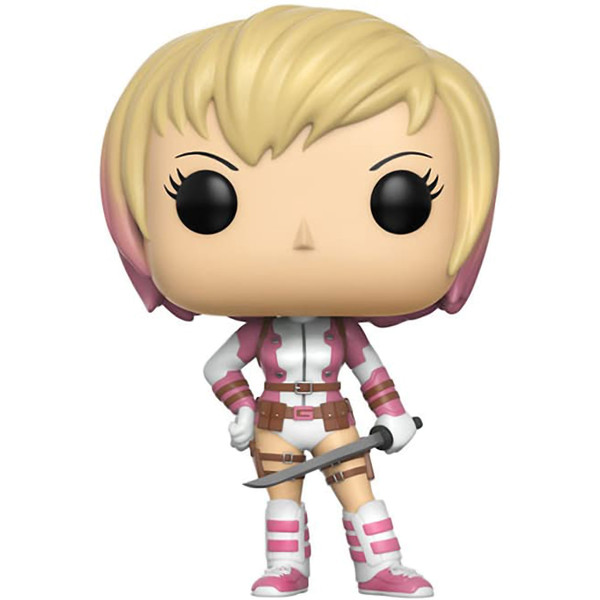 This Gwenpool figure is released by Funko in their POP! Marvel x Gwenpool Vinyl Figure series.

This Gwenpool figure features Gwendolyn "Gwen" Poole, the fictional character in the Marvel Universe, originating as an amalgam of Gwen Stacy and Deadpool from a variant cover of Deadpool's Secret Secret Wars #2. As a result of the character becoming popular with fans, used as a basis for cosplay, Marvel produced two stories featuring Gwenpool as a character, a backup story in the series Howard the Duck, and a one-shot Gwenpool Holiday Special. Despite the name "Gwenpool", the character in fact has no relation to either Deadpool or Gwen Stacy. A retcon in the Howard the Duck #1 backup revealed her name to actually be "Gwen Poole".