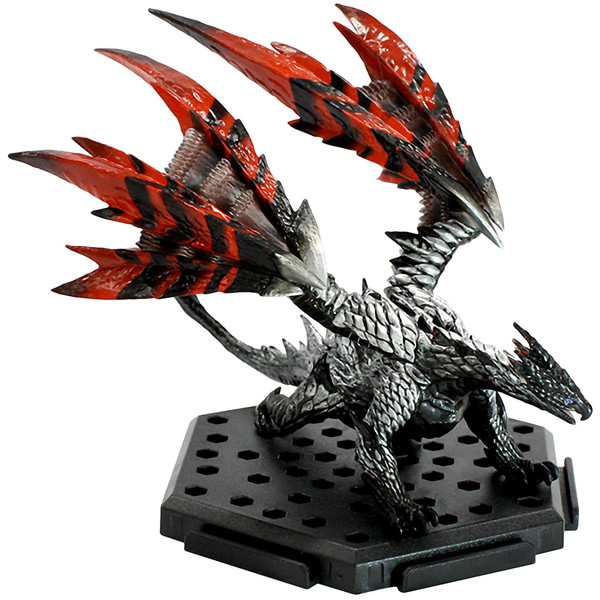 Capcom Figure Builder is a series of collectible figures based on Capcom's various media franchises, such as Monster Hunters, Resident Evil, Sengoku Basara, etc. The sizes of the figures in the series vary greatly, ranging from small scale micro-size figures from the Light Model line (~30 to ~40mm) to the deluxe-size Creator's Model line (~180mm or up). Some of the releases are blind box figures that the buyers would not know which character is inside the box.

Valstrax (バルファルク) are Elder Dragons introduced in Monster Hunter Generations Ultimate. Valstrax is a slender Elder Dragon covered in gleaming silver scales. Its most notable feature is its wings, which have fused into a trident-like structure. Its back is lined with fin-like projections. Its head has a small crest and its eyes are blue.