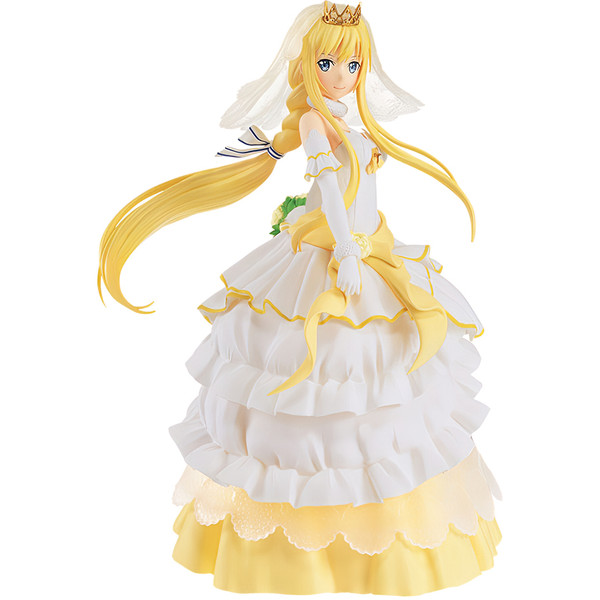 Banpresto's EXQ series focuses on pursuing the character and all the elements attached to it, and reflecting the original character's "ideal authenticity" on the molded figurine. The figure in the series aims for a harmony between fiction and reality. The EXQ figure series goes along the company's strategy of making very high quality fixed pose, non-articulated figures, going over the market segment occupied by higher price competitors. According to Banpresto, EXQ can stand for "EXtra Quantum".

Alice Zuberg (アリス・ツーベルク) is one of the main characters in the Alicization Arc. She is the daughter of Rulid Village's chief Gasupht Zuberg, and the childhood friend of Eugeo and Kirito. Due to breaking a clause of the Taboo Index in her childhood, Alice was apprehended by Deusolbert Synthesis Seven and taken to the Central Cathedral, where she was forced to become an Integrity Knight, named Alice Synthesis Thirty (アリス・シンセシス・サーティ), with her memories sealed.