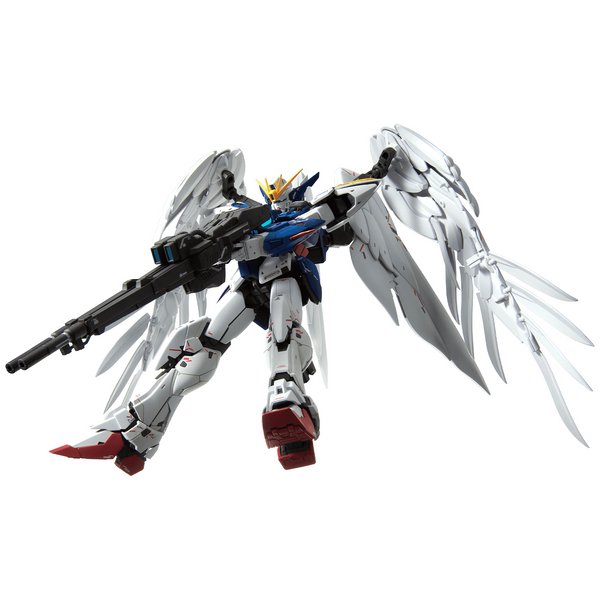 The Master Grade (MG) is a line of Gunpla kits of the Mobile Suits in the Gundam meta series. First produced in 1995 as part of the Gundam 15th Anniversary project, the scale for these models is 1/100.

The Wing Gundam Zero EW Ver. Ka created under the full supervision of Hajiome Katoki will be availble this year! Featuring new molding, each of the joints went through an intense examination to pursue the unfolding and interactive gimmicks for the white wings and firing poses. An incredible new feature allows the Twin Buster Rifle to be stored in the wings, and the transformation into the Neo Bird Mode has been recreated.