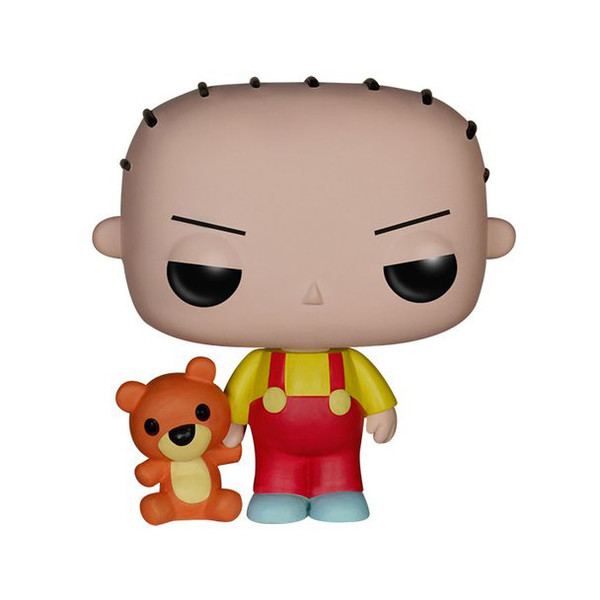 This Stewie figure is released by Funko in their POP! x Family Guy vinyl figure series.

The Funko POP! x Family Guy series features characters from the animated sitcom that centers on the Griffins, a family consisting of parents Peter and Lois; their children Meg, Chris, and Stewie; and their anthropomorphic pet dog Brian