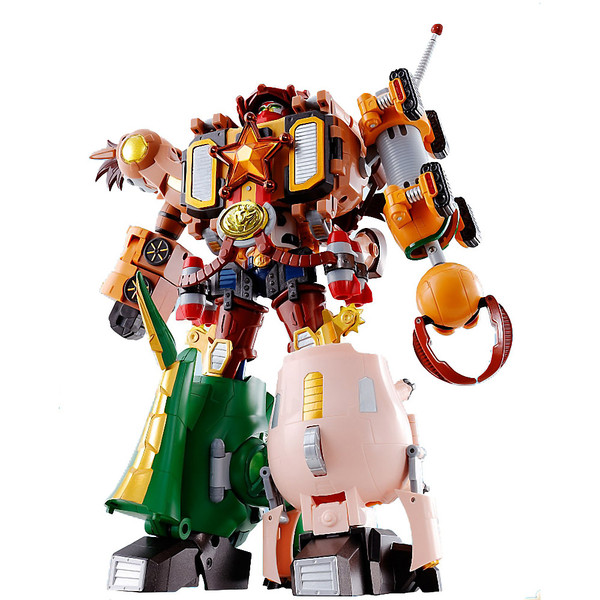 This Woody Robo Sheriff Star diecast action figure is released by Bandai's Tamashii Nations. It is a part of the Chogokin Diecast Robot Action Figure series.

The set contains 5 characters: Woody, Bullseye, Slinky Dog, Hamm, and Rex. Their specifications are as follow:

This item bears the Bluefin logo, ensuring it is from Bandai's official U.S. distributor Bluefin. You will receive supports from Bluefin (ex, taking care of any product defect, missing parts, etc)  oversea sellers can NOT offer these services.