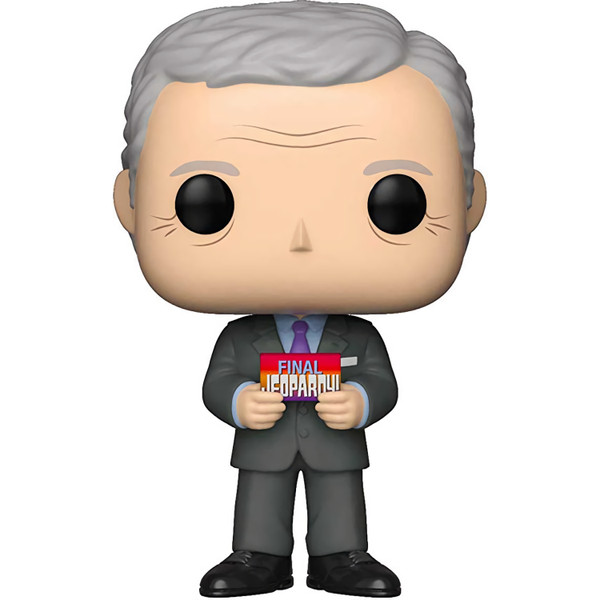 For 35 seasons and nearly 8,000 episodes, America’s Favorite Quiz Show® Jeopardy! has entertained and educated audiences on a wide range of subjects. Through each of these episodes, television personality Alex Trebek has become one of the most iconic game show hosts in history. Everyone’s a winner with this POP! Alex Trebek Figure.