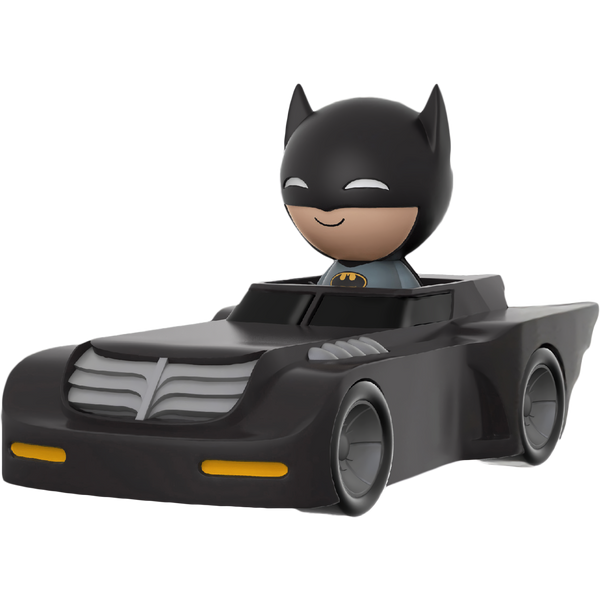 This Batman figure is released by Funko in their Dorbz Ridez x Batman: The Animated Series vinyl figure series.

Funko's POP! figures are extremely popular among geeks, but the POP! maker is bringing some brand new adorable series to covet -- The Dorbz! Opting for exquisite coloring design over sculpt, these pint-sized rascals will weasel their way into your heart as surely as they'll find their way onto your shelf! The Dorbz Ridez series takes the best of Funko Dorbz and gives it a fun ride to the ultimate vinyl heaven.