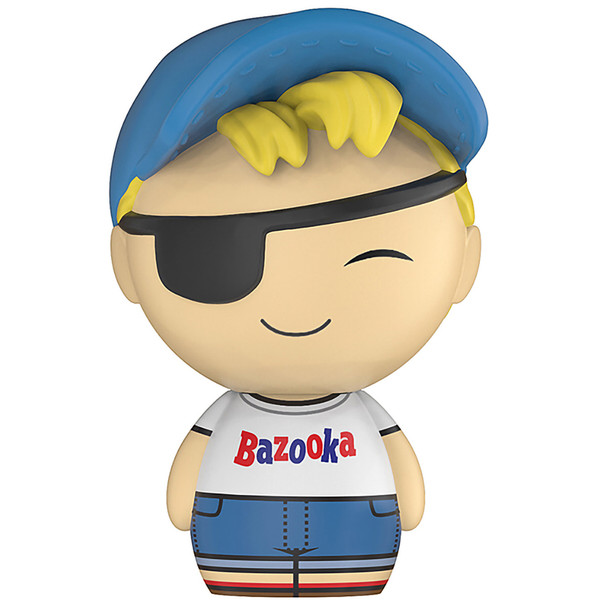 Funko's POP! figures are extremely popular among geeks, but the POP! maker is bringing some brand new adorable series to covet — The Dorbz! Opting for exquisite coloring design over sculpt, these pint-sized rascals will weasel their way into your heart as surely as they'll find their way onto your shelf! Each standard size Dorbz figure stands at ~3" tall and comes in window-box packaging to fully display each character through front and back box panels! (NOTE: Due each figure's unqiue design, the actual height of the figure may be shorter or taller than 3").

The Dorbz x Bazooka series features characters from the small comics included inside individually wrapped pieces of Bazooka bubblegum. He wears a black eyepatch, lending him a distinctive appearance. He is one of the more recognizable American advertising characters of the 20th century, due to worldwide distribution, and one of the few identifiable ones associated with a candy.