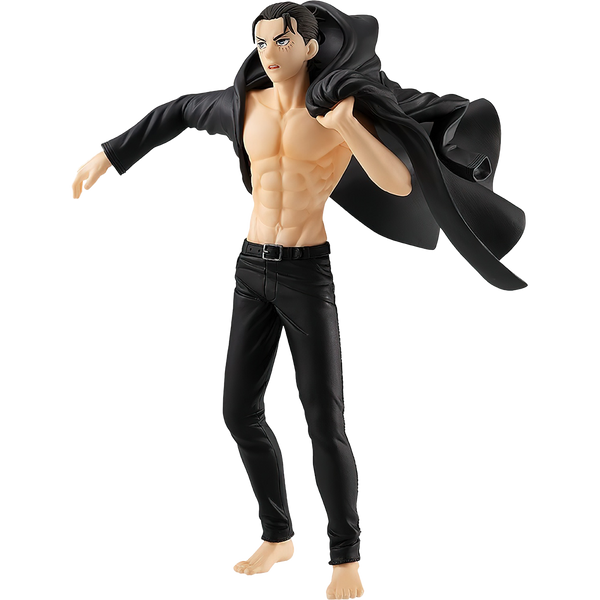 This Eren Yeager figure is released by Good Smile in their Pop Up Parade x Attack on Titan mini action figure series.

POP UP PARADE is a series of figures that are easy to collect with affordable prices and speedy releases! Each figure typically stands around 17-18cm in height and the series features a vast selection of characters from popular anime and game series, with many more to be added soon!

From "Attack on Titan" comes a POP UP PARADE figure of Eren Yeager! The figure features Eren donning his jacket with a determined look on his face, capturing a memorable scene from the series.

NOTE: The base shown is a prototype. The final version may differ. Paintwork is done partially by hand and therefore final products may vary.