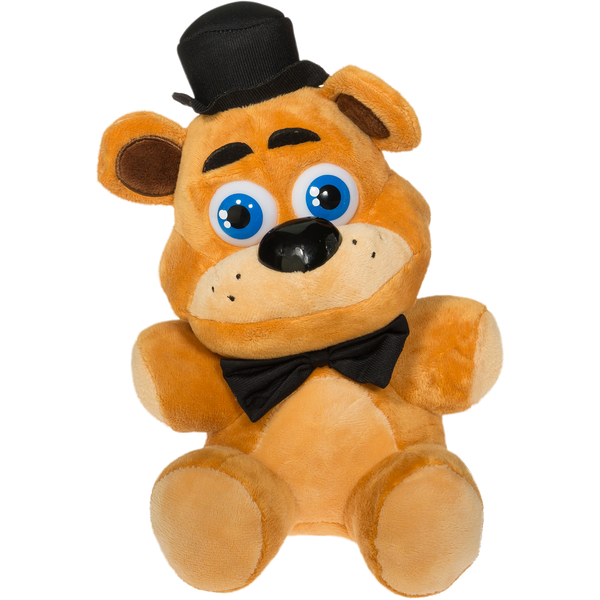 This Freddy plush is released by Good Stuff in their x Five Nights at Freddy's Mini-Plush series.

The characters from the frighteningly popular horror game Five Nights at Freddy’s are sneaking out as a series of plush dolls!

During the day Freddy Fazbear’s Pizza is a place of joy, where kids and parents alike enjoy the entertainment from the main attraction – the animatronic Freddy Fazbear and friends! But, at night, things start to change and those characters start to go missing! Your character plays a night-time security guard who must stay safe while maneuvering between rooms! Evading the terrifying Freddy Fazbear, Chica, Spring Trap, and Foxy is a must!

The plush dolls in this series are around ~8" tall (NOTE: due to the unique design of each character, the actual size of the plush doll may be slightly smaller or bigger). 4 characters are available: Freddy, Foxy, Chica, and Bonnie. EACH SEPARATELY. Collect them all!