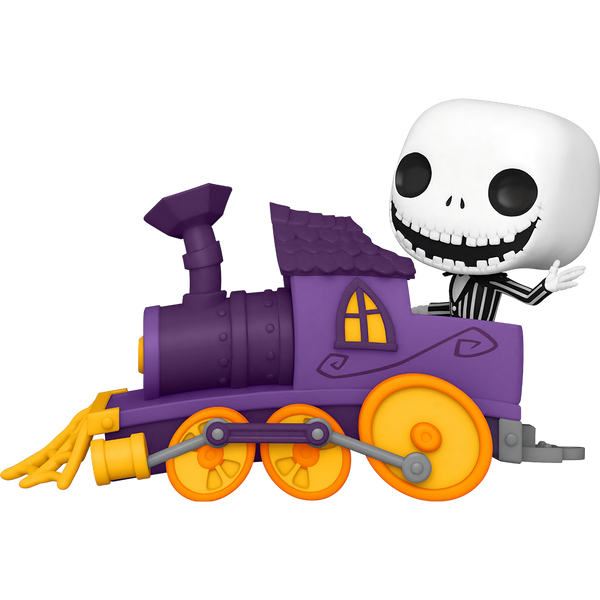 This Jack Skellington vinyl figure is released by Funko in their POP! Trains x The Nightmares Before Christmas vinyl figure series.

The POP! Trains x The Nightmares Before Christmas series features characters from the stop motion movie that tells the story of Jack Skellington, a resident from "Halloween Town" who stumbles through a portal to "Christmas Town" and decides to celebrate the holiday.