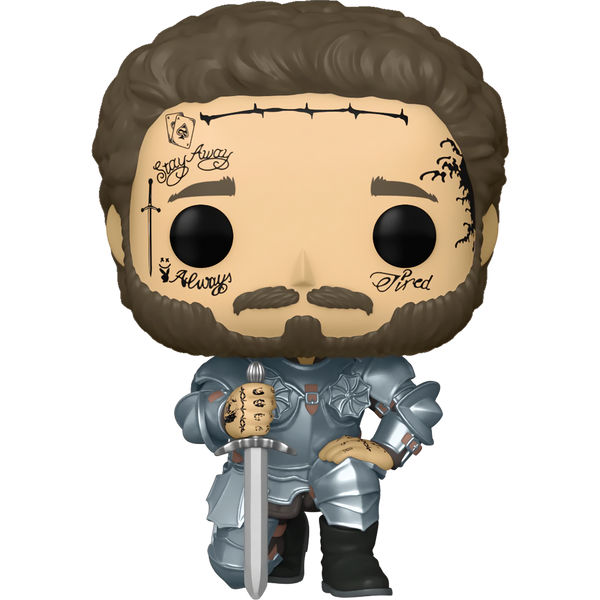 Austin Richard Post, known professionally as Post Malone, is an American rapper, singer, and songwriter. Known for his introspective songwriting and variegated vocal styles, Malone has gained acclaim for blending genres and subgenres of pop, hip hop, R&B, and trap. Collect this Pop! Post Malone dressed in a knight's suit of armor!