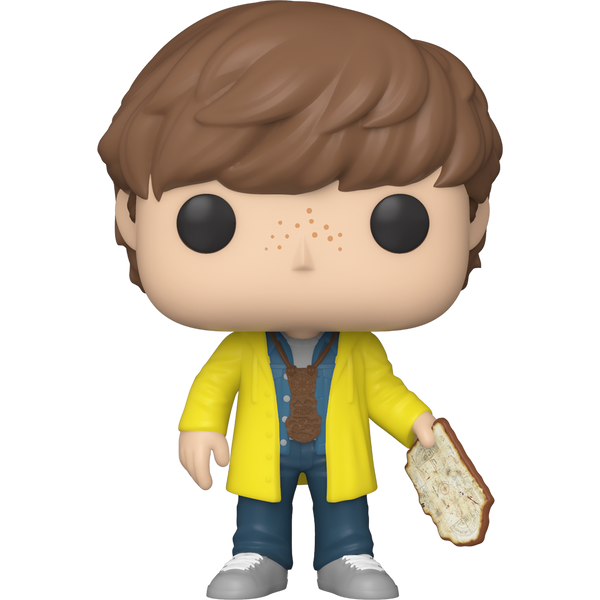 The POP! Movies x The Goonies series features characters from the 1985 adventure comedy film that revolves around a group of pre-teens who discover an old Spanish map that leads them on an adventure to unearth the long-lost fortune of a legendary 17th-century pirate.