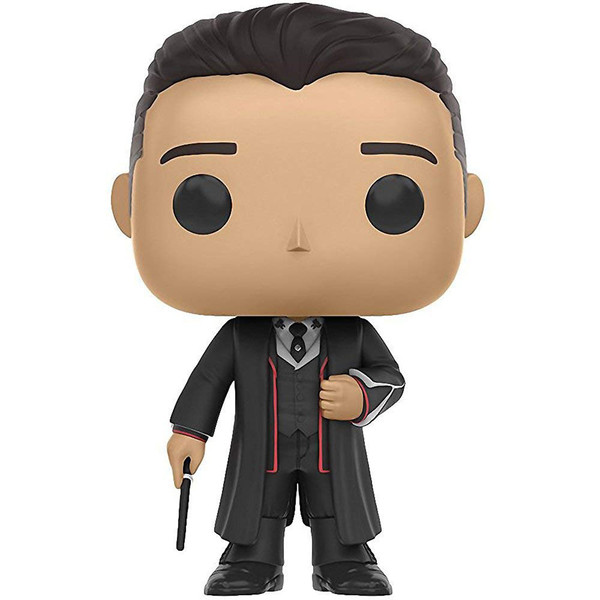 This Percival Graves vinyl figure is released by Funko in their POP! x Fantastic Beasts & Where to Find Them vinyl figure series.

The POP! x Fantastic Beasts & Where to Find Them series features characters from the film series based on J. K. Rowling's book that follows Newt Scamander, who was chased by wizarding authorities after dangerous creatures escaped his briefcase.