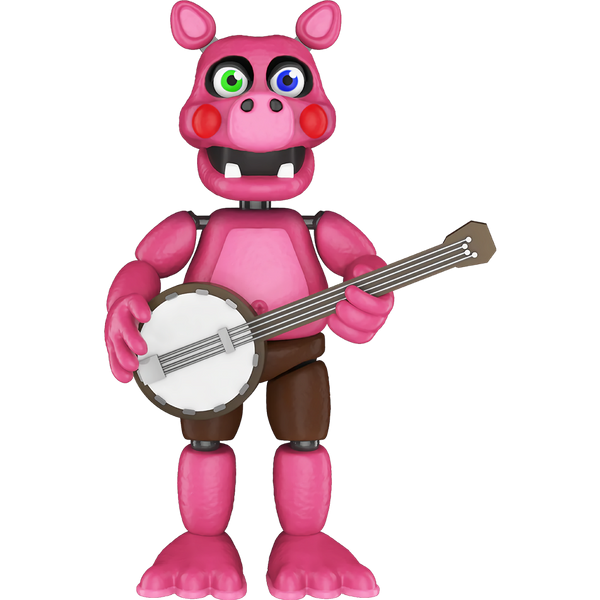 Funko's POP! figures are extremely popular among geeks, but the POP! maker is bringing some brand new adorable series to covet -- Freddy Fazbear's Pizzeria Simulator Action Figure! With generous amount of articulations, these figures ar extremely detailed to capture the personality of the character. They surely will weasel their way into your heart as surely as they'll find their way onto your shelf!

Close in on your favorite Five Nights at Freddy’s characters before they move! Catch Action Figure Pigpatch from Freddy Fazbear’s Pizzeria Simulator in action. This Pigpatch figure includes a build-a-figure piece for constructing your own Scrap Baby. Collectible action figure has multiple points of articulation and is approximately 5-inches tall.