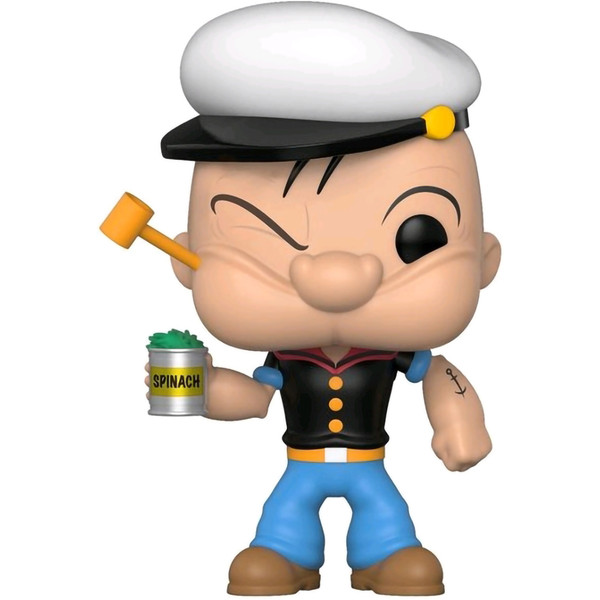 The POP! Animation x Popeye features characters from the animated TV series based on the one-eyed (left) sailor called Popeye. Originally, Popeye got his strength from rubbing the head of the Whiffle Hen, changing to spinach by 1932. There is no absolute sense of continuity in the stories, although certain plot and presentation elements remain mostly constant, including purposeful contradictions in Popeye's capabilities. Popeye seems bereft of manners and uneducated, yet he is often depicted as capable of coming up with solutions to problems that seem insurmountable to the police or, most importantly, the scientific community.