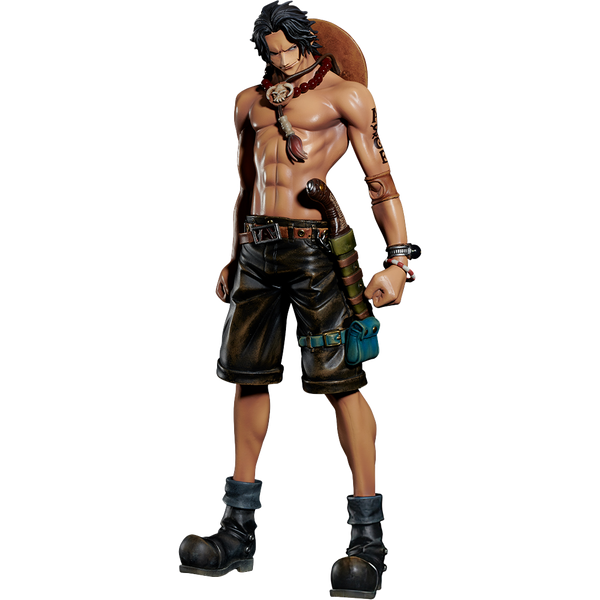 In the story, Portgas D. Ace, born as Gol D. Ace and nicknamed "Fire Fist" Ace, was the adopted older brother of Luffy and Sabo, and son of the late Pirate King, Gol D. Roger and his lover, Portgas D. Rouge. He was adopted by Monkey D. Garp as wished by Roger to him before his birth. Ace was the 2nd division commander of the Whitebeard Pirates and one-time captain of the Spade Pirates. Ace ate the Devil Fruit Mera Mera no Mi (Flame-Flame Fruit / Flare-Flare Fruit), a Logia-type fruit that allows him to control flames from his body, giving him his reputation as "Fire Fist Ace".