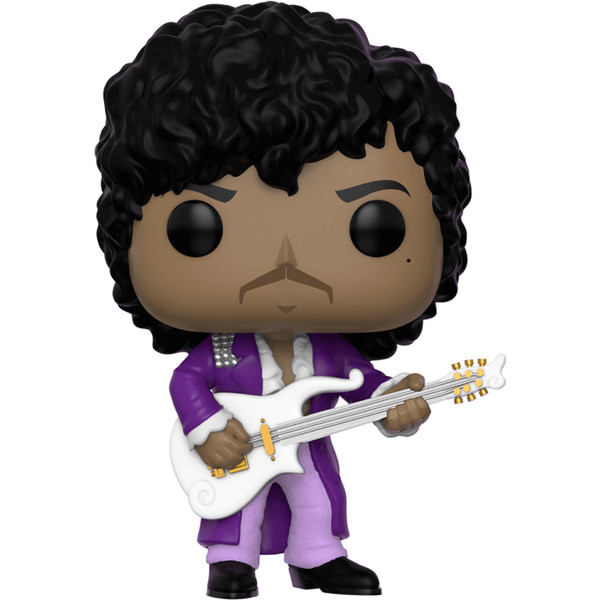 This POP! Rocks figure from Funko features Prince, an American singer, songwriter, musician, record producer, and filmmaker. Prince Rogers Nelson (June 7, 1958 – April 21, 2016) was Born and raised in Minneapolis, Minnesota, Prince was known for his eclectic work, flamboyant stage presence, extravagant fashion sense and use of makeup, and wide vocal range. Prince was also a multi-instrumentalist; considered a guitar virtuoso, he was also skilled at playing the drums, percussion, bass, keyboards, and synthesizer. His innovative music integrated a wide variety of styles, including funk, rock, R&B, new wave, soul, psychedelia, and pop. He sold over 100 million records worldwide, making him one of the best-selling music artists of all time. He won eight Grammy Awards, six American Music Awards, a Golden Globe Award, and an Academy Award for the 1984 film Purple Rain. He was inducted into the Rock and Roll Hall of Fame in 2004.