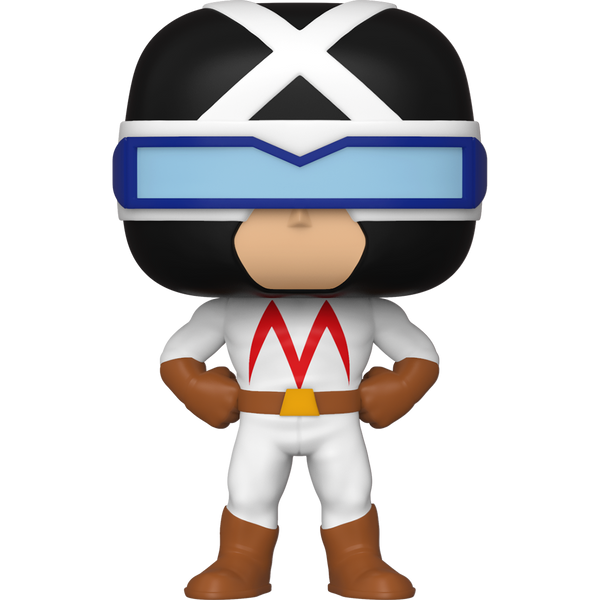 The POP! Animation x Speed Racer series features characters from the Japanese media franchise about automobile racing. The protagonist of the franchise is Speed Racer, originally Gō Mifune. He is known for his love of racing and valuing his family. He drives the Mach 5 (as well as other cars, such as the Mach 6 in the movie) and always manages to wind up in extreme danger with either his younger brother or his girlfriend Trixie. Speed is shown to miss his older brother, Rex (secretly disguised as Racer X).