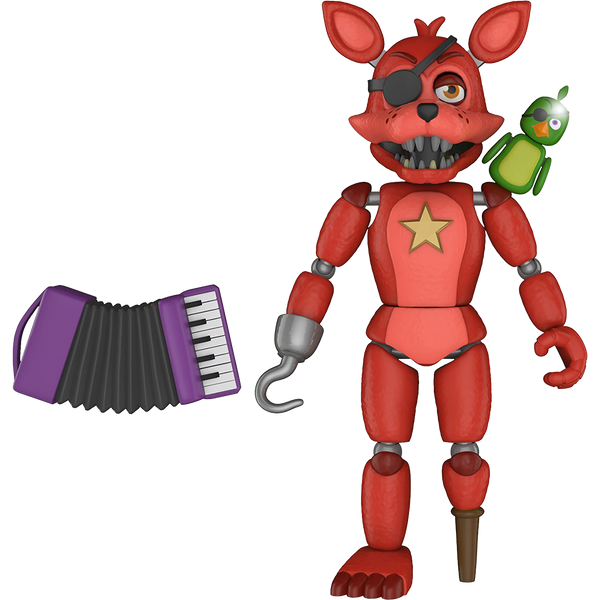 The Funko x Five Nights at Freddy’s Articulated Figure series features characters from the popular video game that sets in Freddy Fazbear’s Pizza where the animatronic creatures start to go missing. Each figure comes with a bonus parts. Collect all 5 figures' bonus parts (EACH SOLD SEPARATELY) to build your own Scrap Baby!