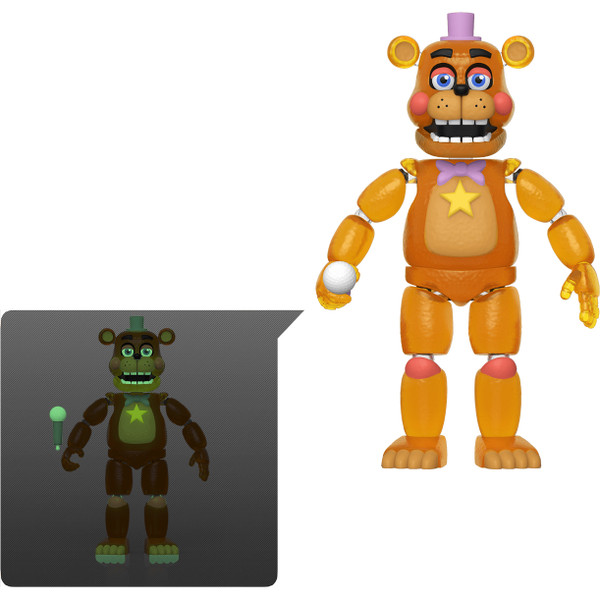 Every night at Freddy Fazbear’s Pizza is a new opportunity to sink or swim, survive or fall victim to the animatronic band led by front man Rockstar Freddy. Grab the entire gang including translucent glow in the dark action figure from Funko!