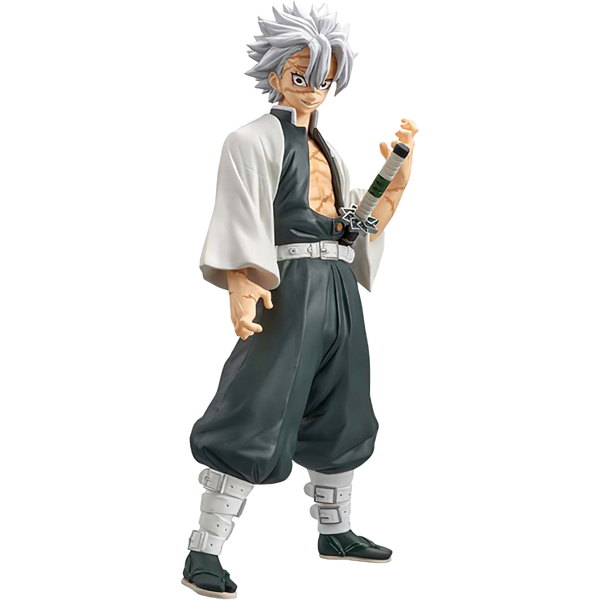 This Sanemi Shinazugawa figure is released by Banpresto in their Kizuna no Sou x Demon Slayer statue figurine series.

Sanemi Shinazugawa (不死川 実弥) is a major supporting character of Demon Slayer: Kimetsu no Yaiba. He is a Demon Slayer of the Demon Slayer Corps and the current Wind Hashira (風柱). Sanemi is also the older brother of Genya Shinazugawa, a Demon Slayer who fought alongside Tanjiro Kamado and Nezuko Kamado. Before becoming a Hashira, Sanemi, along with his partner Masachika Kumeno, defeated the former Lower Rank One, Ubume, with Masachika dying as a result.