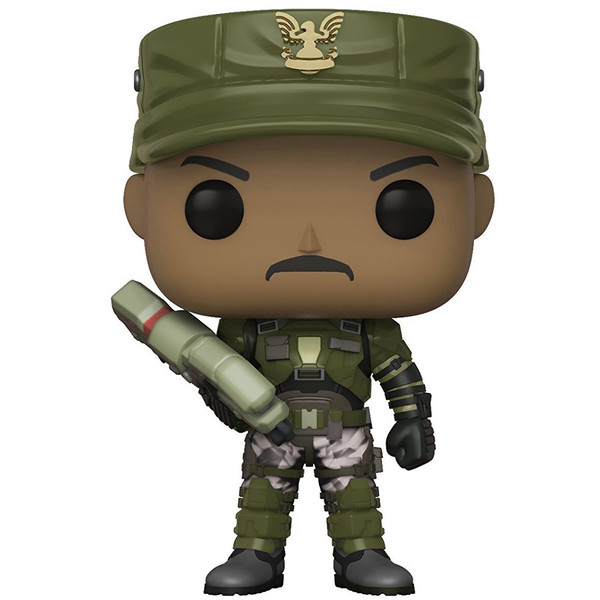 The POP! Games x Halo series features characters from the military science fiction first-person shooter video game franchise. The series centers on an interstellar war between humanity and a theocratic alliance of aliens known as the Covenant. The Covenant, led by their religious leaders called the Prophets, worship an ancient civilization known as the Forerunners, who perished in combat with the parasitic Flood. The central focus of the franchise builds off the experiences of Master Chief John-117, one of a group of supersoldiers codenamed Spartans, and his artificial intelligence (AI) companion, Cortana.