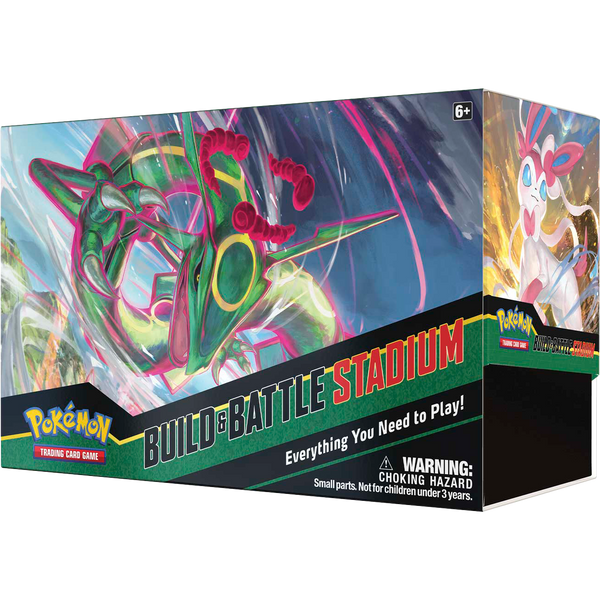 Enter the Pokémon Stadium—Ready for Battle!

The high-powered Build & Battle Stadium includes everything you need for two players to prepare and battle. Inside this box you'll find: