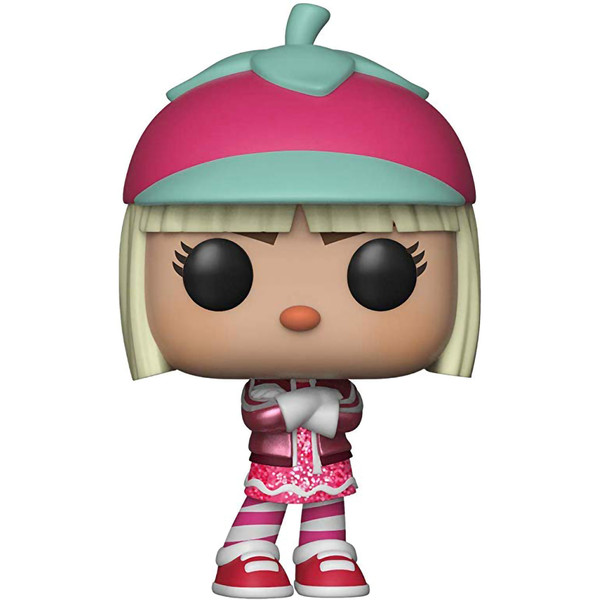 This Taffyta vinyl figure is released by Funko in their POP! Disney x Ralph Breaks the Internet vinyl figure series.

The POP! Disney x Ralph Breaks the Internet series features characters from the Disney animated film that is a sequel to the 2012 film Wreck-It Ralph. Set six years after the events of the first film, the steering wheel controller on the Sugar Rush game console breaks, forcing Mr. Litwak to unplug the machine. Wreck-It Ralph and Vanellope von Schweetz evacuate all of the Sugar Rush residents to other games before it is shut down. Ralph and Vanellope embark on an adventure inside the internet to find a spare part to fix a video game.