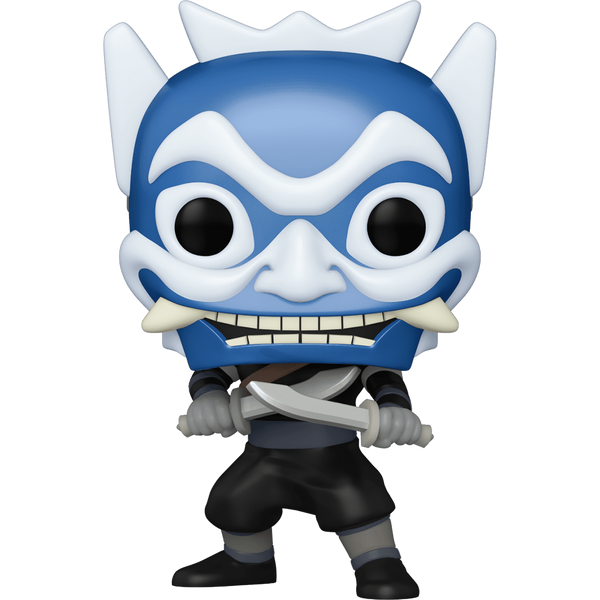 This The Blue Spirit vinyl figure is released by Funko in their POP! Animation x Avatar: The Last Airbender vinyl figure series.

The POP! Animation x Avatar: The Last Airbender features characters from the American animated TV series that is set in an Asiatic-like world in which some people can manipulate the classical elements with psychokinetic variants of the Chinese martial arts known as "bending". The series is presented in a style that combines anime with American cartoons and relies on the imagery of East/South Asian, Inuit, and New World societies. It follows the protagonist, 12-year-old Aang and his friends, who must bring peace and unity to the world by ending the Fire Lord's war with three nations.