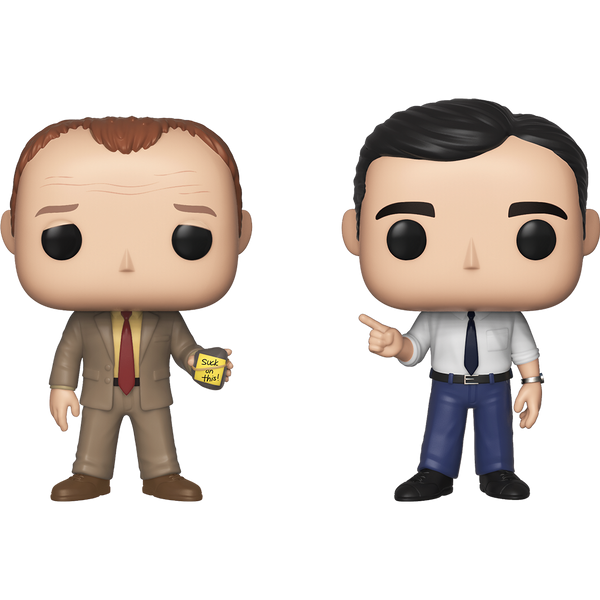 This Toby vs Michael figure set is released by Funko in their POP! TV x The Office Vinyl Figure series.

This series features characters from the sitcom that depicts the everyday lives of office employees in the Scranton, Pennsylvania branch of the fictional Dunder Mifflin Paper Company. To simulate the look of an actual documentary, it was filmed in a single-camera setup, without a studio audience or a laugh track.