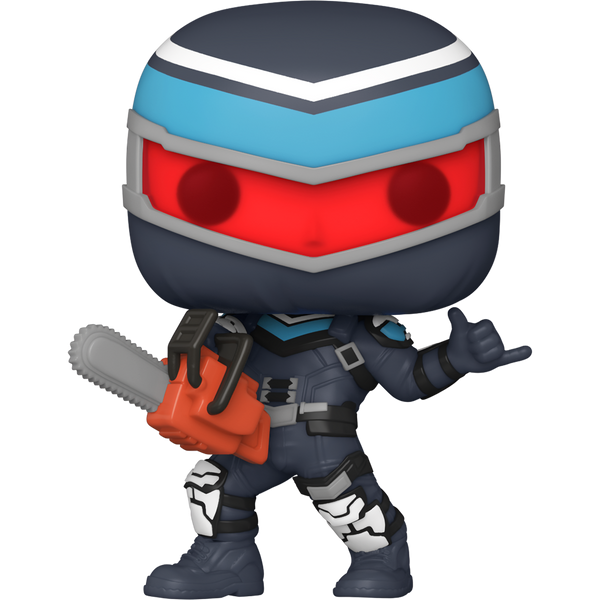 The POP! TV x Peacemaker features characters from the superhero television series created by James Gunn for the streaming service HBO Max, based on the DC Comics character Peacemaker. It is the first DC Extended Universe (DCEU) television series and a spin-off from the 2021 film The Suicide Squad. Set after the events of the film, the series further explores jingoistic killer Christopher Smith / Peacemaker.