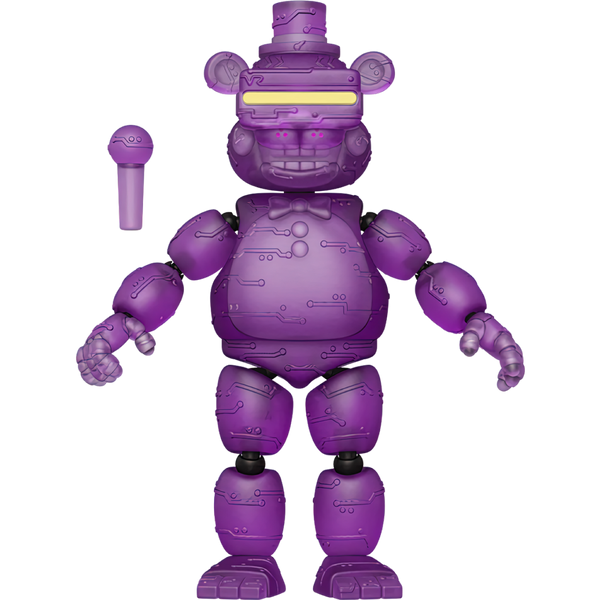 Five Nights at Freddy's: Special Delivery has unleashed a whole new range of terror with a glow-in-the-dark twist. Will your FNAF collection survive after the Freddy action figure steps amidst the other animatronic figures? Collectible action figure has multiple points of articulation, is glows in the dark, and is approximately 5.46 inches tall.