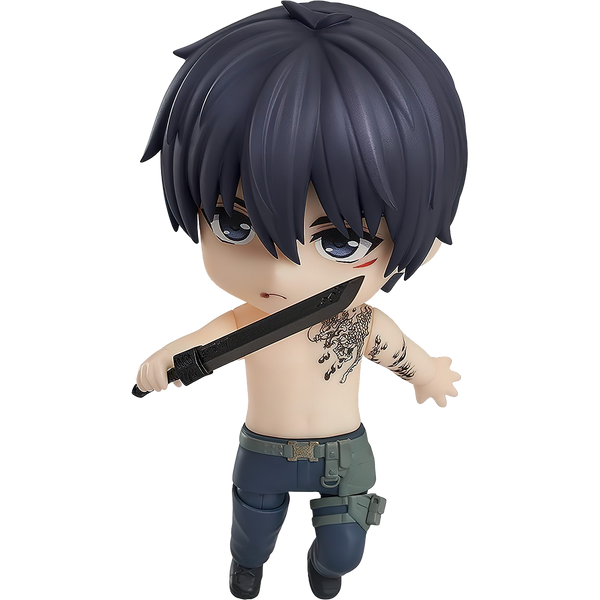 "I'm a human without a future or a past."

From the popular chinese novel "TIME RAIDERS" comes a Nendoroid of Zhang Qiling! This DX Nendoroid features even more parts than the standard version. He comes with three face plates including a composed standard expression, an injured expression and an absentminded expression.

Optional parts include a hooded head part and his ancient black and gold blade. An alternate shirtless upper body part that shows his giraffe tattoo is also included. A bronze door background sheet and a miniature figure of a baby chick are included too. Enjoy displaying with Nendoroid Wu Xie or Nendoroid Wu Xie DX (both sold separately) to recreate your favorite scenes from the series! Be sure to add him to your collection!