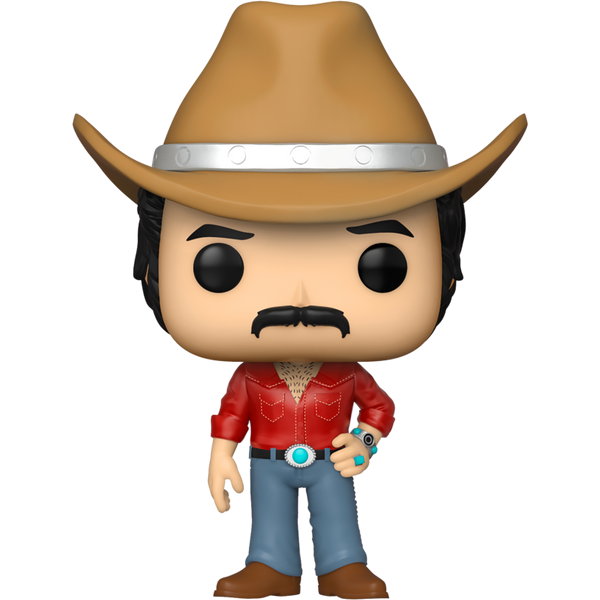 This Bo "Bandit" Darville vinyl figure is released by Funko in their POP! Movies x Smokey and the Bandit vinyl figure series.

The POP! Movies x Smokey and the Bandit features characters from the road action comedy film that follows Bo "Bandit" Darville and Cledus "Snowman" Snow, two bootleggers, as they attempt to drive from Atlanta to Texarkana, pick up 400 cases of Coors beer, and illegally transport it back to Atlanta in 28 hours or less. While Snow drives the truck carrying the beer, the Bandit drives a Pontiac Trans Am to distract law enforcement and keep the attention off Snow. During their run, they are relentlessly pursued by Buford T. Justice, a blusterous Texas county sheriff.